It’s not news to anyone, Ethereum (ETH) fees have become prohibitive in recent months, and the trend does not seem to be reversing. In November, average fees hit record highs, rising + 700% over the past four months.

The use of second layer solutions, or layer 2, has therefore become common if one wishes to interact with the network without paying exorbitant fees.

Hence this breakthrough in total locked value (TVL) on “layer 2”, which has reached a new record in recent days. According to data from L2Beat, more than 1.28 million ETH were locked this weekend, i.e. 5,6 billion dollars during the moment.

This corresponds to an increase of + 7.4% over the last seven days. It is the layer 2 Arbitrum which largely leads in terms of locked value. Its market share is over 47%. It is followed by dYdX, with 17%, and Loopring in third place, with 10%:

Ethereum criticized against its competitors

At present, a simple transfer of ERC-20 token on the Ethereum network can cost the user more than 40 dollars. On November 9, the average costs were over $ 62, and the increase was seen over time: 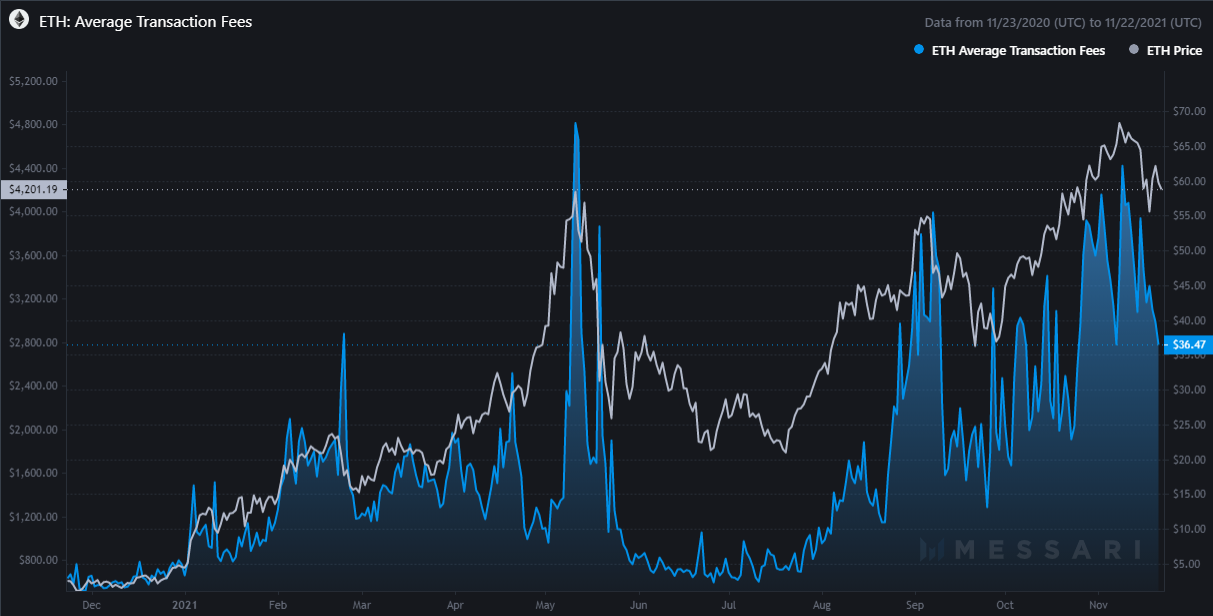 Some therefore criticize a network that only becomes affordable if an external solution is used, the first layer being too expensive. Several major figures expressed their disillusionment Regarding the payment network, including Zhu Su, CEO of Three Arrows Capital:

Yes I have abandoned Ethereum despite supporting it in the past.

Yes Ethereum has abandoned its users despite supporting them in the past.

The idea of ​​sitting around jerking off watching the burn and concocting purity tests, while zero newcomers can afford the chain, is gross.

” Yes, I have given up on Ethereum despite having supported it in the past. Yes, Ethereum has abandoned its users, although it has supported them in the past. […] No newcomer cannot afford to use blockchain. “

So the whole question is whether Ethereum will succeed to keep his advantage as a newcomer, while its competitors are starting to gain momentum. The race towards Ethereum 2.0 and the proof of stake is in any case more crucial than ever for the second largest cryptocurrency of the moment.

About the Author : Marine Debelloir

Deputy Editor-in-Chief on Cryptoast, I fell into the pot of cryptocurrencies a few years ago. I am passionate about the innovative technologies that arise from the blockchain and I like to find the most delicious information to share with you.
All articles by Marine Debelloir.