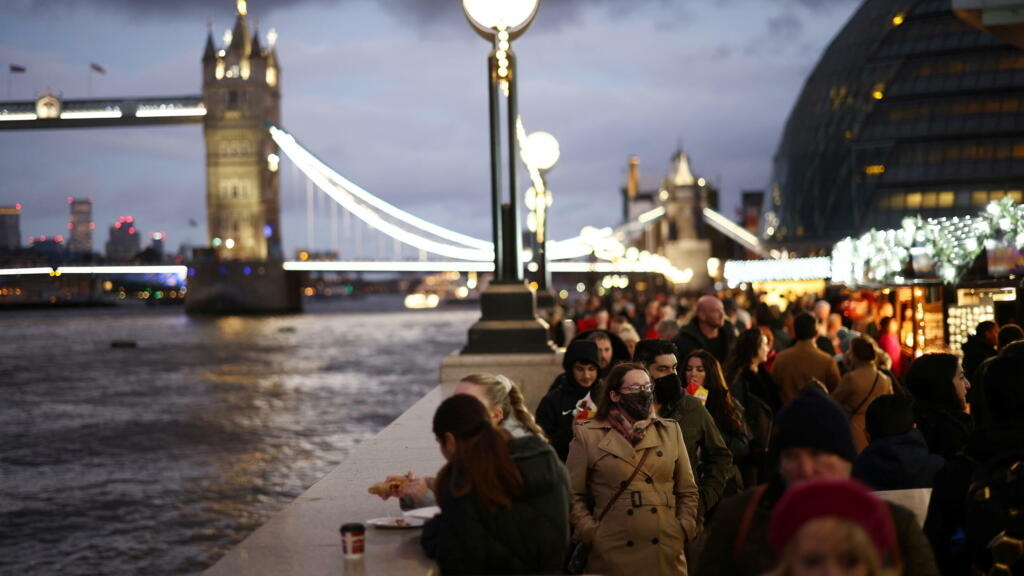 The Confederation of British Industry, the main British employers’ organization, is holding its annual conference from 22 to 24 November 2021, entitled ” Seize the opportunity “,” Sixteen the moment ” in English. The country’s economic situation is currently between two waters, increasing the challenges for businesses.

British companies whose growth slowed sharply in the third quarter. UK GDP grew 1.3% after a brake on the spring, when the economy had rebounded by 5.5% in favor of the gradual lifting of a long confinement.

GDP therefore remains more than 2% below its level at the end of 2019. If the government is enthusiastic, “ planning to be the fastest growing G7 country this year », He recognizes that there are still difficulties to overcome.

Moreover, faced with the clouds that are accumulating on the horizon, companies are being cautious during the period from July to September, their investments remained well below their pre-crisis level, according to the Office. national statistics.

Several factors are likely to weigh on activity. Among them, the still high number of Covid-19 cases and the shortages. Shortages of materials or components that particularly affect the automotive sector. Car production in September fell by more than 40% year-on-year in the country.

Shortage, also, of manpower. The unemployment rate is certainly still a little above its pre-pandemic level, but it has continued to decline this summer to reach a low. 4.3% rate. And the number of vacant jobs hit a new record with 1.17 million vacancies.

So much so that in some sectors, bosses are raising the stakes to attract candidates. Salary increases have been offered to truck drivers, for example. In the hotel and catering industry, a brand gives bonuses to retain its employees. Amazon even promises hiring bonuses of up to 3,000 pounds.

According to initial estimates from the National Statistics Office, the median monthly salary increased by nearly 5% over one year in October.

Inflation at its highest for ten years

But he is not the only one to climb. Inflation is soaring. Prices are rising more than expected by the Bank of England. Inflation hit 4.2% last month, its highest level in ten years. And it is probably not over yet.

It could reach a peak of 5% next April, according to the projections of the central bank. A situation which puts Andrew Bailey, the Governor of the Bank of England, ” uncomfortable “. The authority did not raise interest rates at the start of the month, which can – in theory – limit the surge in prices.

Like other central banks, the monetary institution faces a dilemma: trying to contain inflation without stifling the recovery. Now, some economists believe it is likely that London will raise interest rates in December. The impact of the end of September partial unemployment measures will be scrutinized. If the employment figures remain good, it could encourage the Bank of England to raise – moderately – its cursor.

The epidemic has therefore challenged the economy, but Covid-19 will, in the long term, have a smaller impact than Brexit. At least that is the prediction of the public budget forecasting body. First example: labor shortages and disruptions in supply chains are aggravated by the effects of Brexit since the arrival of European workers has been made more difficult.

Above all, despite the trade agreement, trade with the European Union has declined. And London has, of course, concluded several free trade treaties with third countries, but the major agreement with the United States hoped for by Boris Johnson’s government is not yet in sight.

To revive the machine, London presented, last week, an export plan. Objective: to sell abroad for 1000 billion pounds of goods against 600 billion last year. Among the twelve points of this plan: support services for companies selling goods or services in Europe.